This year we thought we’d try a different style of tournament. Rather than the tournament spread over a few evenings for a few weeks we decided to cram the whole thing in one day!

Turns out it might not have been a bad idea at all! Lots of squash, some super close matches, lots of support/heckling, a little bit of alcohol and only one injury!

The format this year saw 14 people compete in what’s known as a Monrad tournament. This essentially means win or lose you carry on playing eventually finding your natural finishing position. This way everyone has the maximum amount of squash, not just one game and you’re out.

And so, from 11 til 4 on Saturday we battled with some notable ties. Toby vs Bruce in the 1st round went the distance, with Toby nicking it 15-13 in the 3rd (best of 3’s). Also Neil vs Gary D went to the wire, if only Gary’s back would have held out it may have been a different story??

The Quarter finals saw close ties with Brad taking Rob the distance, eventually running out of puff in the 3rd losing 11-8 but a great match.

The semi’s were all close battles with all bar one going the distance, and even the one that didn’t had close games, one going to setting.

All semi’s did however go to seeding to set up the final of the 1 and 2 seeds, Henry and Ian respectively.

They both decided to stretch the match and revert to a best of 5, as did the 3rd/4th playoff between the Greengrasses Rob and Tom, the ¾ seeds.

The later match went the distance showing that family rivalry is rife in the Greengrass household! The younger, more talented Tom went 2 up and looked confident in getting it done in 3. Dad wasn’t going to roll over that easily however and nicked the 3rd 15-13!! The 4th also went to setting in Rob’s favour to take it the distance. And that’s about where the comeback ends with youth and skill outdoing belligerence 11-8 in the 5th.

The end result saw Henry take the title by narrowly crossing the line winning 13-11 in the 3rd.

The culmination of the day saw a few pints being sunk at the bar followed by a stonkingly good curry at our sponsors The Gurkha in East Grinstead for us all.

A very good day indeed. Roll on the next one! 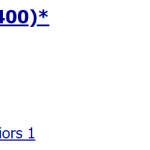