On Sunday one of our junior players was in action representing Sussex in the 2018 G.S. Under 11’s Inter-County Festival. Zack Greengrass, at 8 years of age, was not only selected to play, but also chosen to captain his county through the tournament facing off against 8 other teams from around the South of England.

The 9 teams were split into 3 groups of 3 with the winners of each group going into another round robin to decide the title. Sussex A won their first group without dropping a game. Having to face Hampshire and arch rivals Kent in the final 3 round robin.

With both Kent and Sussex beating Hampshire it left a final showdown against the 2 rival counties. With Kent having the U11 England ranked number 1 and 2 in their line up it was always going to be an uphill struggle. Some close battles ensued but the form book was right on this occasion with Kent taking the title 4-1.

A very long but a great days squash had by all. Well played to all the Sussex players. 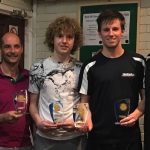 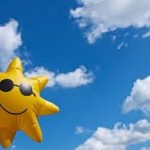